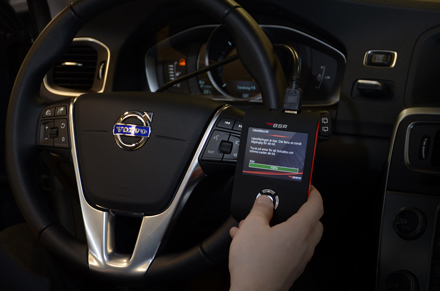 After several years of research and developement we now proudly announce some unique tuning for Volvos new generation VEA diesel engines. The new tuning kits are different from anything else on the market and promise a hard to beat power increase. This continues our path as the market leader that sets milestones in the industry.

Since Volvo is one of the brands which has been a big part of the foundation of the BSR success story, the pressure and demand to deliver tuning for Volvos VEA engines has has been huge. Since 2014, in our lab in the deep Swedish forests, our engineers has been researching to develop the potential in the new generation powertrain. The result is an extraordinary documented power increase which surpasses what is available on the market. The VEA engines, in combination with Volvos solid and often oversized other parts, are particularly well designed to handle the power increase that has been developed. As always, all our tuning kits are custom made for the specific engine option, power train and chassis to not challenge anything in the build or get an unsustainable wear due to the increased power output.

The extraordinary power increase has led to that a big part of the projects focus has been to give the cars the right driving experience during all possible scenarios and to adjust the tuning to avoid wear. This, in combination with correct basic conditions in the engine, makes the cars behaviour stable during all circumstances and intervals when tuned. The D2, D3 and D4 engines are the first to be released. D5, as well as the petrol engines, will be announced later on. When the software has been loaded into the car by BSR the customer can shift the cars setup from original to tuned when and how often they wish to using the handheld PPC unit, all by themselves. The PPC unit is easily connected to the cars diagnostics socket.

”The VEA seemed promising from the start but to achieve such good and thorough results was more than we expected. It's been a great challenge for our team to get the right interaction between all parameters and details. However, in true BSR spirit, we have managed to create something truly unique. It feels like we have released the soul of the engine, what it was built for, the inner beast.”